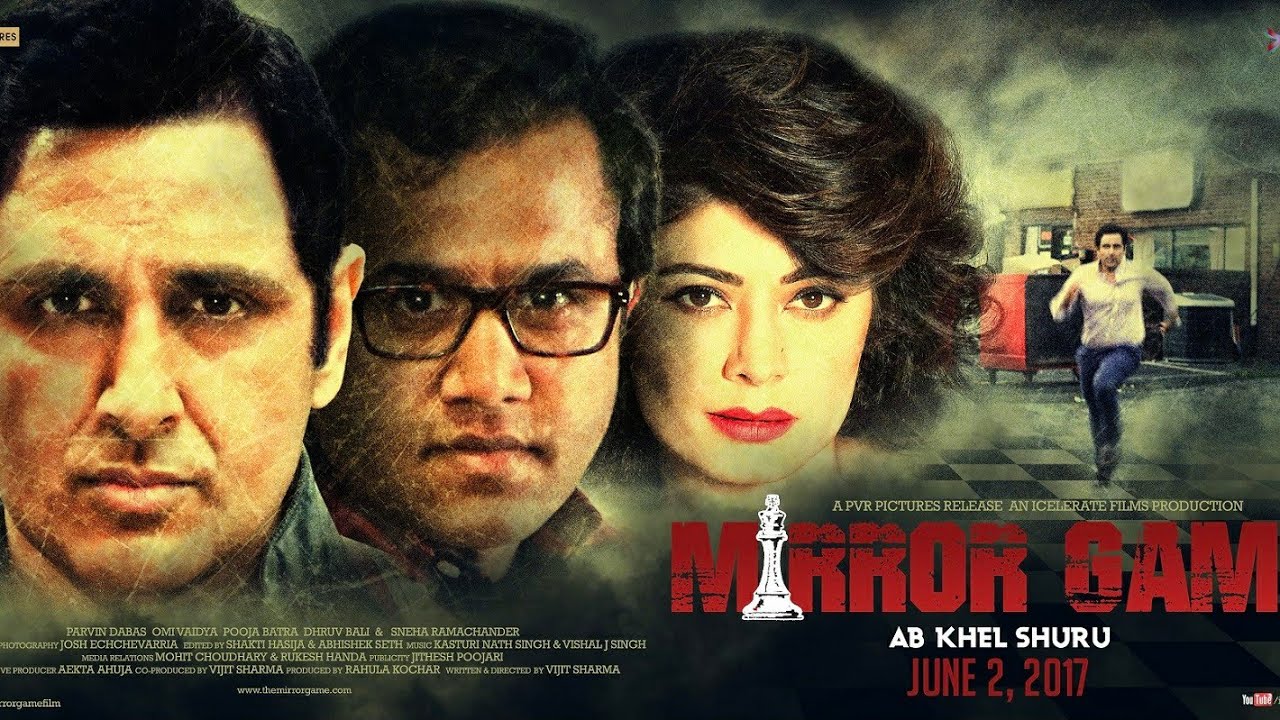 Mirror Game is an Indian psychological thriller film written and directed by Vijit Sharma and produced by Rahula Kochar under the for Icelerate Films. The film stars Parvin Dabas, Pooja Batra, and Omi Vaidya in lead roles.

First-time writer-director Vijit Sharma makes his debut with the film about perceptions and reality of our lives.This Shot entirely in the US, Mirror Game: Ab Khel Shuru is about a psychology professor in New Jersey battling complications in his personal and professional lives. When his path crosses with an ambitious young student who asks for help with his research, the professor finds himself getting sucked into a whirlpool of mind games that he seems to have little control over.

Parvin Dabas plays the lead role of a professor of psychology, Omi Vaidya plays a pivotal part and the beautiful Pooja Batra portrays the role of an investigative police psychologist.

Filmmaker Vijit Sharma said in a press statement, “I have worked on a textured, layered cinematic journey for the audience with Mirror Game: Ab Khel Shuru. The idea is to send them on different exploratory paths through the life of the protagonist, the professor of psychology. And just as they seem to arrive at a conclusion, the end takes another unexpected turn! That a talented cast of actors with great pedigree agreed to work on this film has been a blessing. Pooja Batra, Parvin Dabas and Omi Vaidya elevate this story with their performances.”