Is there a cure for the new coronavirus?

by Recent Advance
in Health Articles
0

COVID-19, the respiratory disease caused by the new coronavirus, has spread to every continent except Antarctica. Not too long after the virus was first discovered at the end of December, labs turned their sights toward treatment.

Currently, however, there is no cure for this coronavirus, and treatments are based on the kind of care given for influenza (seasonal flu) and other severe respiratory illnesses, known as “supportive care,” according to the Centers for Disease Control and Prevention (CDC). These treatments essentially treat the symptoms, which often in the case of COVID-19 involve fever, cough and shortness of breath. In mild cases, this might simply mean rest and fever-reducing medications such as acetaminophen (Tylenol) for comfort. 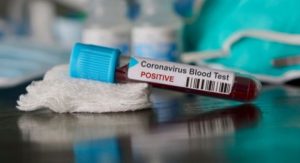 The novel coronavirus, now called SARS-CoV-2, causes the disease COVID-19. The virus was first identified in Wuhan, China, on Dec. 31, 2019, though it seems to have been spreading well before that date. Since then, it has spread to every continent except Antarctica. The death rate appears to be higher than that of the seasonal flu, but it also varies by location as well as a person’s age, underlying health conditions, among other factors. For instance, in Hubei Province, the epicenter of the outbreak, the death rate reached 2.9%, whereas it was just 0.4% in other provinces in China, according to a study published Feb. 18 in the China CDC Weekly.

Scientists aren’t certain where the virus originated, though they know that coronaviruses (which also include SARS and MERS) are passed between animals and humans. Research comparing the genetic sequence of SARS-CoV-2 with a viral database suggests it originated in bats. Since no bats were sold at the seafood market in Wuhan at the disease’s epicenter, researchers suggest an intermediate animal, possibly the pangolin (an endangered mammal) is responsible for the transmission to humans. There are currently no treatments for the disease, but labs are working on various types of treatments, including a vaccine.

How much does a surrogate cost in India ?